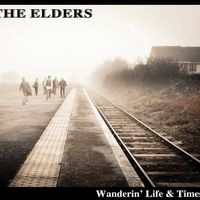 From the recording Wanderin' Life & Times

Written by The Elders © 2011
Lyrics by Brent Hoad

My friend I am a teacher, to history I’m called
To shake the hand of every ghost that saw those cannonballs
Virginia was my journey, to track those battles down
The one down in the crater, they called it hallowed ground

Colored troops engaged the Rebels, a hundred thousand all
Turned right at Spotsylvania saw Petersburg fall
Then a month of mud and standoff, dying all around
Emancipation led them to this hole in the ground
Though Mister Lincoln gave them freedom, it was still open season
And barely time enough to shout reload
Battle for the Wilderness at Orange Plank Road

I can still hear the enemy camped out in the pines
Eatin’ grass, dirt, and leather when they can
With nothin’ left to steal out there, nothin’ left to find
This new freedom they began to understand
They lived on superstition, got low on ammunition
They killed that bastard rooster when he crowed
Battle for the Wilderness at Orange Plank Road

Those pretty flags and uniforms are now all burned and frayed
Soon be used for bandages or buried in a grave
No crimson badge of courage will dry a widow’s tears
That scar upon this nation will last a thousand years
Riding shotgun with a ghost, they fired no hollow boast
All the way to Richmond then they rode
Battle for the Wilderness at Orange Plank Road